The time period/place that we chose to base our trebuchet off of is 12th century England. We represented this by designing it similar to a common trebuchet design from back then. We also put little knights. We put King Richard who was one of the kings in that time period.
The skill that I feel that I excelled in the most in this project was collaboration. I think this because our group worked really well together. We didn't have any issues and we all did our share of work. The skill that I think I could work on more is critical thinking. In a couple of instances I didn't think things through very well and that resulted is a couple mistakes. If I had thought of what I was doing and payed more attention the mistakes most likely wouldn't have happened. 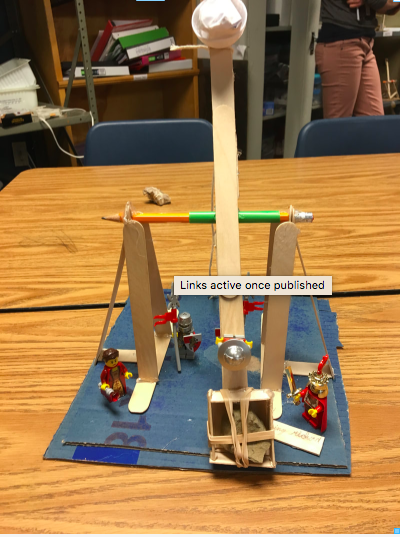 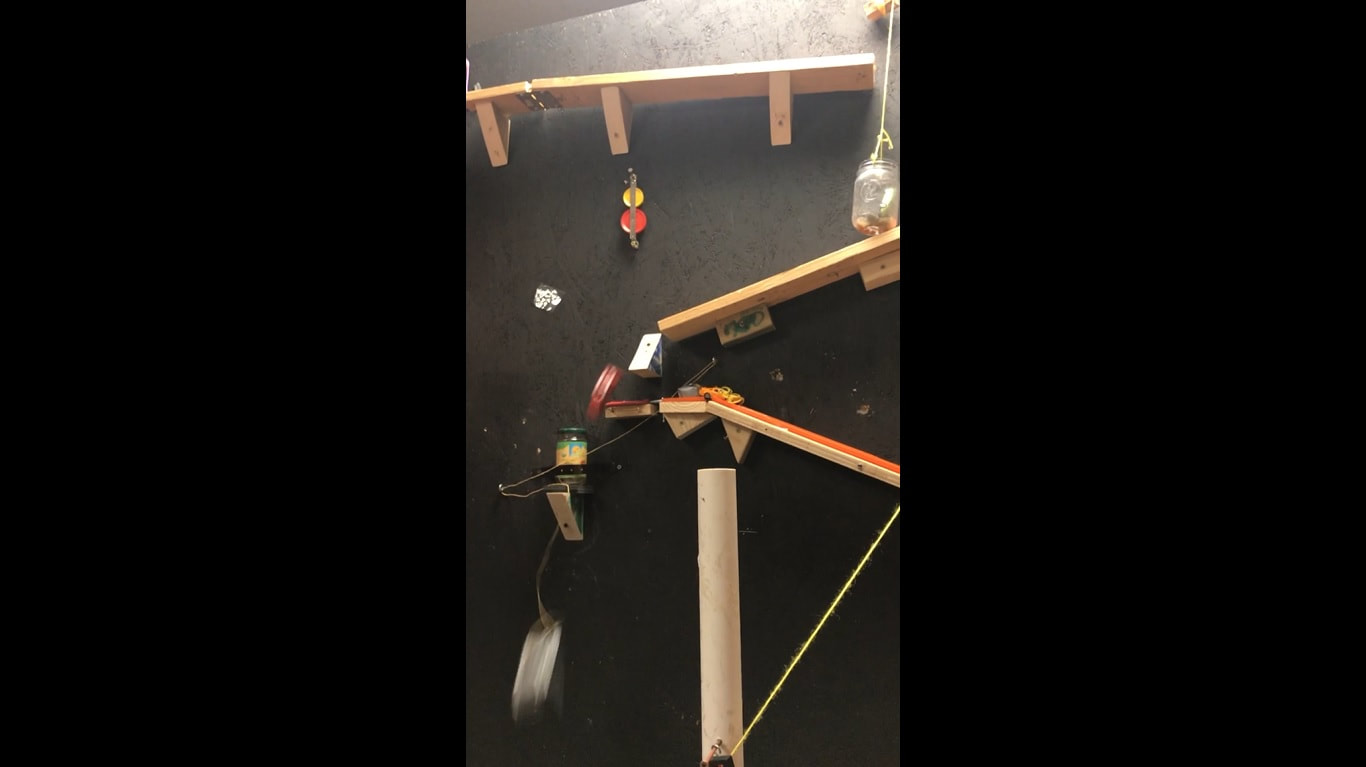 In my groups rube goldberg we implemented a pulley, wedge,wheel and an inclined plane. The pulley was used 4 times and the wedge was used once in the end step. Wheel was used the most because we used cars and also in the final step as well.
We used potential energy, momentum and speed. The potential energy was used by the inclined planes that we had, for example we would have a car sitting on a screw and we then moved the car off of the screw with some form of force. The other two were used by taking momentum from one object and moving it to another. An instance we did this in is we had a car rolling down a plane then fall and hit another car that then used its momentum to move.
How we all stated to create and refine our rube was we created the order of the steps and then collaborated with the person in front of you and behind you.Another way we did this is we all had different ideas on how we wanted the tube to look. Because of this it took us a few day to figure out the base of our rube.
I feel my greatest 21st century skill was collaboration. I believe this because I was able to not just do my steps alone and then talk with my partner's. I was able to work with my partner on my step and his.
My greatest area of growth in this project was critical thinking. I had to you a lot more critical thinking in this project then many others. The part that I grow this area is that my step was originally a pvc pipe with a small plastic tube wrapping around it. But I ran it to many problems including, The bb aren't heavy enough, The tube would bend and stop the bbs and not all the bb would fall down the tube. I had to critically think fast and I did and finally came up with a step that work.